An exceptional product that has crossed history

Olivet Williams Pear Brandy was born from medieval esotericism. It was in fact the monks of Micy from the 6th century who were the first to produce this powerful and fragrant alcohol from pears from the region. This is how the story of Poire d’Olivet began.

The recipe then crosses the centuries. In 1933, the olive growers, to compensate for the losses due to phylloxera, decided to found a fruit cooperative, today Covifruit. They then plant apple and pear trees throughout the canton. But a large stock of unsold pears encouraged them to direct their fruit to the distilleries.

The birth of the Cave Coopérative in 1933

In Olivet, on the banks of the Loiret, the cooperative winery of Olivet was born almost a century ago. It answered a need of the wine growers who already had at this time, difficulties to market their production alone.

In 1933 the first harvest produced 3200 hectoliters with the help of 65 cooperative winegrowers. Then, in 1939, the Second World War having requisitioned almost all of the men, the winegrowers brought their grapes to the cooperative: at that time 151 producers were federated.

After the war, new members joined, two-wheel tractors and tractors gradually replaced draft horses. The number of cooperators continues to grow, as does production: 250 producers produce 9,400 hectoliters. New tanks must then be built in the basements of the cellar. 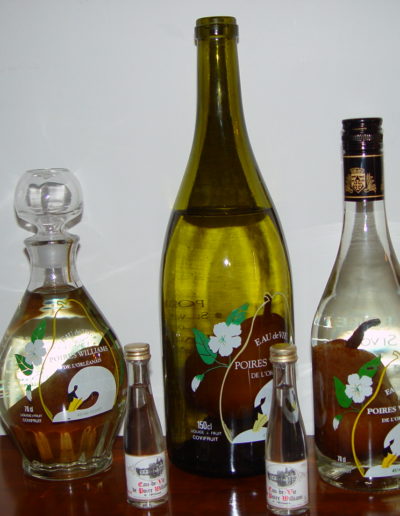 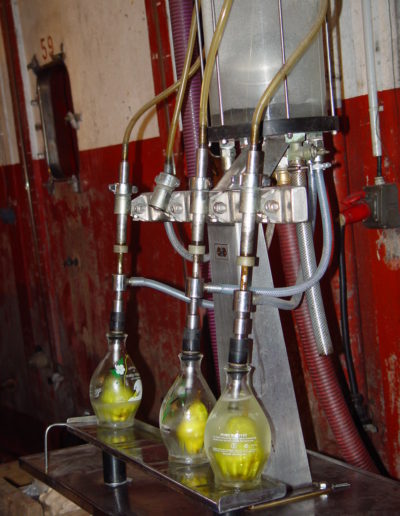 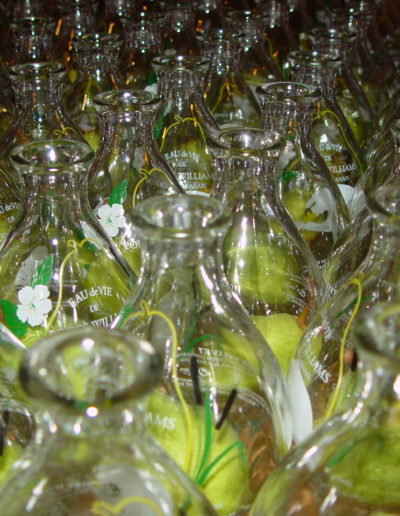 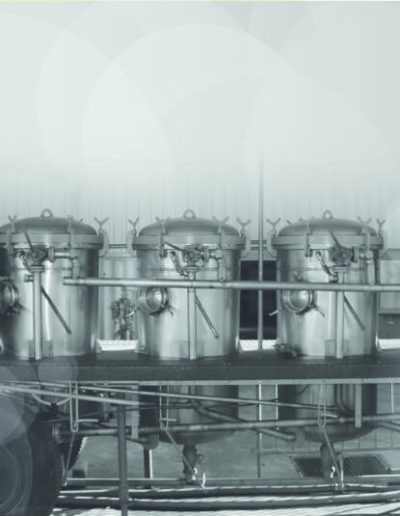 In 1963 the winegrowers, most of whom are also arboriculturalists, decided to create a fruit section, thus the cooperative became COVIFRUIT: Wine and Fruit Cooperative.

The distillation of the Poire Williams in Olivet and in the surrounding municipalities existed long before the creation of the cooperative. The structuring into a cooperative has made it possible to develop marketing and better control the quality of brandy. It was then that it was officially named Olivet Pear Brandy, made from Williams Pears from the Orleans region.

In order to give an additional reputation to their product, the arborists introduce the fruit into the bottle: the famous trapped pear.

The inauguration of the COVIFRUIT store in 1974

The cooperative opened its store for individuals in 1974, exactly where it is today.

The cooperative faced several difficulties which worsened its financial situation. It was taken over by Joël GODEAU in 2000.

The latter was the manager of a fresh fruit and vegetable shipping company based in Sologne and Olivet. Mr. GODEAU knew how to turn the business around and retired in 2009.

Mr. and Mrs. ANDRE then took over the management of COVIFRUIT as well as its sister company GODEAU ET FILS. In 2019, they in turn sold the 2 companies as part of their retirement to two young entrepreneurs. 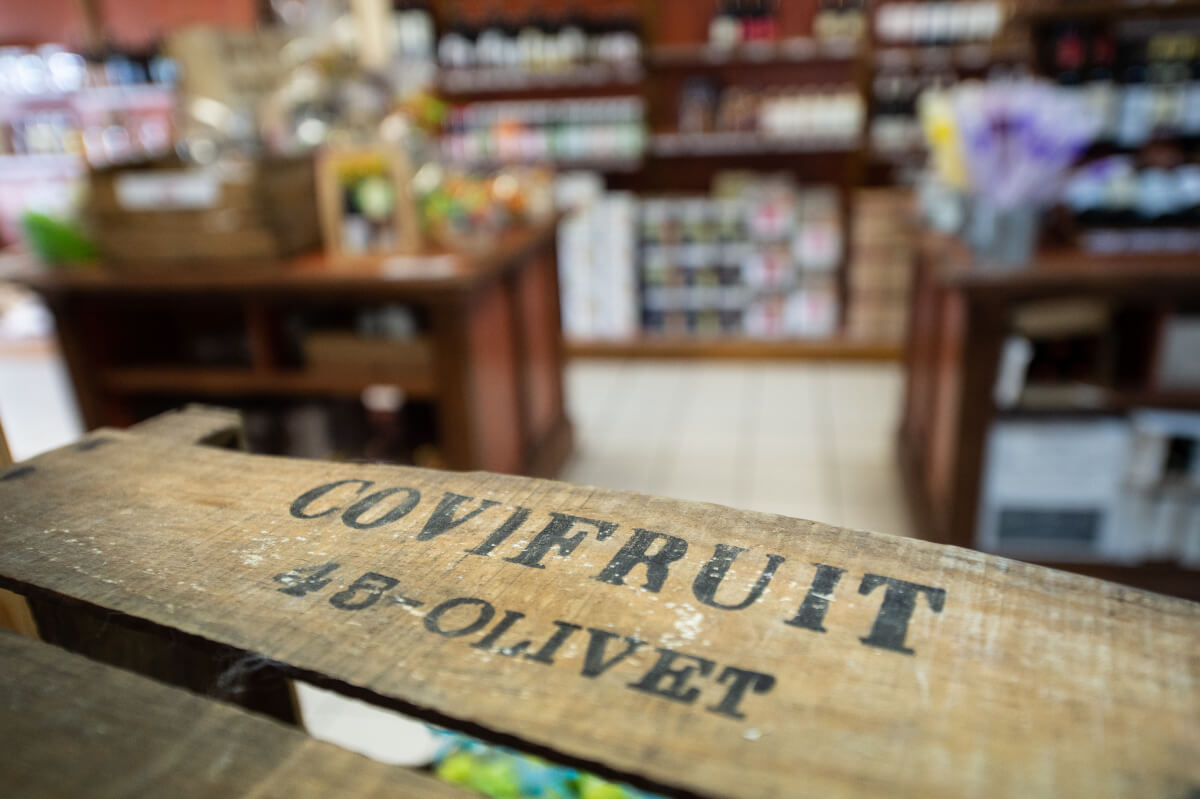 With several decades of experience, both in the production of brandy and in the distribution of food products, the two new leaders are committed to, with 9 employees at their side, to make fruitful the history of the company while respecting the men and women who preceded them.

La Poire d'Olivet
The Making of Poire d'Olivet
How do you put the pear in the bottle ?
Tasting and Cocktails
Les actualités Covifruit dans votre boîte mail ! 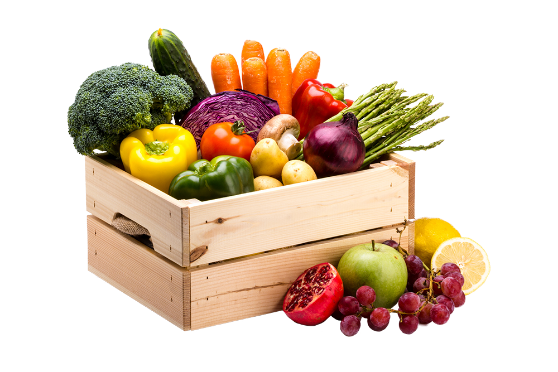